Worldviews, Homeschoolers, and Differences Among Us 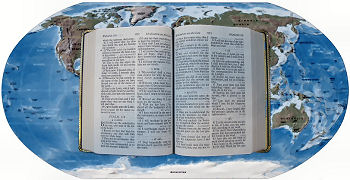 I happened upon this blog a few days ago–by Dr. Jay Wile, a PhD in nuclear chemistry and a Christian.  I loved what he had to share about his first time speaking on worldviews at a homeschooling convention. He started off saying that he’d never been around homeschoolers much before and then continued–

He goes on to say that he gave a total of six talks at this convention, one of which was “Building a Biblical Worldview.” And this is what I really loved–

In that talk, I try to stress that a Biblical worldview is not about having a set of “approved” beliefs. Instead, it is about studying the Bible diligently so that you can know it well enough to apply it in all areas of your life. To illustrate the importance of this fact, I opened the talk by discussing four different men of God: C. S. Lewis, Alvin Plantinga, Henry Morris, and J.P. Moreland.

Each of these four men either have done or are doing remarkable things for God, yet they have quite different views on a variety of topics that many Christians consider important. Two of them are theistic evolutionists, one is a young-earth creationist, and one is an old-earth creationist. Two are Calvinists, while the other two are Arminianists. One of them believes the Bible is not inerrant, the other three believe that it is. All four of them belong to different denominations, ranging from very traditional to essentially charismatic. To me, however, it is clear that all four of them have (or had) a Biblical worldview. In the end, then, a Biblical worldview is not dependent on having a specific set of beliefs. Instead, it is dependent on using the Bible as a lens through which you see the world. The very act of doing that might cause you to believe differently from another Christian on a variety of issues, and that’s not only okay, it is expected.

The key here is that these views all do indeed differ, and they can’t all be absolutely correct because they disagree with each other on various points, but they all should be respected by Christians. And then here (to me) is the clincher:

I had several people come up to me after the talk and express their appreciation for my approach. They agreed that in many churches and homeschools, there is too much emphasis on making sure that children believe the “right” things and not enough emphasis on teaching them how to use Scripture to think critically about the important issues that Christians must face. The former does not produce children who own their beliefs. The latter does. I am glad that many who attended this homeschool convention are committed to the latter!